The 10 Best Places to Live in Canada 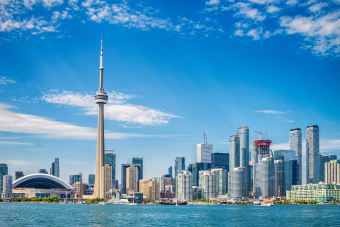 When moving to Canada as a new permanent resident or beginning the application process to immigrate to Canada, you may be wondering about where the best places to live in this country are. Thankfully, Canada's cities are as diverse as the country is large, so there are many places to choose from. Here, our Ottawa and Orleans immigration physicians explain the top 10 best places to live in Canada.

It's no secret that Canada is a large country. Canada is, in fact, the second largest country in the world by landmass! What this means is that the cultures, sensibilities, and communities found across Canada are incredibly diverse, while still all being Canadian.

Generally speaking, Canada is one of the safest places to live in the world. Cities in Canada have plenty of amenities, options for places to live and jobs for people who are looking for work.

All of this adds together into Canada being an excellent place to raise a family, from when your children are young, to when they are old enough to go away to college or university.

What are the Top 10 Best Places to Live In Canada?

With all of that being said, the following are some of the best places to live in Canada, whether you are just settling down on your own or looking to raise a family, are as follows.

The cities are listed in no particular order and with their

Ottawa is a multicultural city - which makes sense. It is the capital of Canada after all! With a population of just under 1 million people, there is also plenty of opportunity when it comes to searching for work.

And while Ottawa is not the least expensive option on this list in terms of real estate, it is much less expensive than many other major Canadian cities.

This is the largest city in Albert and, to boot, the third largest city in Canada! Calgary is not far form the world-famous Banff National Park and has a school system with a good reputation.

Calgary has a reputation for having plenty of jobs in the oil industry, however, this city's economy has been diversified over time.

Burlington is located close to Toronto, and as a result, has the benefits of both being close to the largest city in Canada without all the hustle and bustle.

Burlington is one of the more expensive cities in Canada to live in, however, the low unemployment rate and excellent location on the shores of Lake Ontario make it an excellent sport to consider moving to.

Despite being located in Quebec, a province in Canada which has French as its primary language, Montreal is quite friendly to English speakers. This city offers opportunities for both French and English speakers and can allow your children to become bilingual much more easily.

Montreal is much more affordable than any other city in Canada its size or larger.

The largest city in Canada, Toronto is also its most expensive.

However, this urban area often held up as the most multicultural city in the world, has ample employment opportunities, education options, and all of the amenities that a large city can afford.

Thousands of young g professionals and new Canadians are welcomed to Halifax to live and work each year. The government of this province is the largest employer in the city, meaning that jobs that are available are steady and reliable.

This historic city also has a low cost of living and is situated right by the sea! There are plenty of indoor and outdoor activities for families as well.

If you are a French speaker, there is nowhere better for you and your family than the historical significant and beautiful Quebec City.

Tuition for post-secondary studies are inexpensive and groceries are competitive with some of the lowest in the country.

Despite its relatively small population, the capital of the Canadian province of Newfoundland & Labrador offers all of the amenities of a big city while retaining the "small town feel" that many people value.

St. Johns also has quite an approachable real estate market, making for a compelling choice for settling down for a bit of island living.

The city of Delta is a municipality within the Greater Vancouver Area. This means you have access to one of Canada' major cities without having to live there yourself.

Delta is surrounded by farmland, wetlands and plenty of employment zones such as commercial and industrial districts, making this an excellent and quiet community to raise a family.

A large city surrounded by mountains on one side and the sea on the other, Vancouver is a striking place for you and your family to make your new home.

Vancouver has a bustling film industry as well as software, biotech and aerospace careers for those who want to pursue them. Vancouver may be on the pricier side, but that is because it is such a desirable place to live!

If you are interested in learning more about applying for permanent residence in Canada, the doctors at Immigration Physician Ottawa can help. We can provide guidance on the application process and provide health exams and certifications as-needed. Contact us today to book an appointment.